Ten months after graduating from Stevens [Institute of Technology in Hoboken, NJ] and going to work for Sea-Land Service, Inc., a worldwide container shipping company, Mark LaRosa decided to test the waters.  So in March of 1994, LaRosa and his Sea-Land boss jumped ship and co-founded Dynamic Mobile Data, heading into the unchartered territory of wireless application services.

“We felt that wireless was an up-and-coming industry,” LaRosa says about the leap.  “And we felt that we had a lot of knowledge that people didn’t have.  We could either spend a lot of time talking about it or actually go out and do it.”

They went out and did it.  Dynamic Mobile Data is a multi-million-dollar specialized wireless application service provider that allows companies to manage their mobile resources using the Internet and the explosion of wireless networks and devices.  To help implement their services, DMD developed MobileDispatch, an Internet-based service that allows customers to track employees, vehicles and job statuses and relay directions and special orders through its computer system, allowing two-way communications between mobile workers and the home office—in real time.

“The greatest thing abut DMD is that it’s given me the ability to work on cutting-edge technology at a young age,” LaRosa says. “I have the freedom to design something from scratch that’s helping real-world customers.”

One of its biggest clients is Airborne Express which uses MobileDispatch to manage the largest wireless deployment in the United States.  Drivers use a hand-held device that operates with the DMD software.  When they pick up or drop off a package, the information gets wirelessly sent to the DMD server, where it is uploaded to the Airborne mainframe.  The end result: Airborne can track a driver or package at any time, any place.  If a driver needs to make an unexpected collection, the information is sent from Airborne to the DMD server in real time and replayed to the driver’s hand-held device.

“Wireless data is still an emerging industry,” LaRosa says.  “There are a lot of dead bodies—a lot of companies that have come and gone.  And none of the big boys are in it yet.  IBM and Microsoft are not doing a whole lot yet.”

DMD is a 24-hours-a-day, seven-days-a-week operation that employs 60 people.  Located in Somerset, NJ, it has an impressive roster of clients that includes UPS Service Division, Nabisco and Pepsi.  And the list continues to grow.

Before there was DMD

How did it all start for LaRosa?  “My dad got a computer when I was 9 years old,” he says.  He began tinkering around with it.  By the time he was 13, the school administration hired him to build and design a computer system for the district.  The administration thought “a student could design a better system than any shrink-wrapped package,” he said.  And they were right.  LaRosa tailored the system for report cards, attendance, rank, scheduling and other school needs.

“It was a great experience,” he says of his on-going high school employment, which lasted until he graduated.  “I was 14, 15 years old and I went to meetings with the superintendent of schools.  It was a phenomenal experience at a young age.”

While still in high school, he met another student who had graduated and was attending Stevens.  Being interested in computers, LaRosa had the opportunity to speak with him about the college.  Then during his junior year, he visited the Stevens Campus.  That clinched the deal for him.  He says simply, “I fell in love with the campus.”

“The key thing about the Stevens’ education is that it is really broad-based,” he says.  “The tech courses are based on a lot of underlying theory.  Computers change so frequently.  By teaching the fundamentals, it doesn’t matter how computers change around you, the fundamentals are always the same.”  While a student, LaRosa was a member of the Honor Board, Khoda and Delta Tau Delta and completed an internship at Johnson and Johnson.  “I walked out of Stevens knowing how to calculate Gantt [Henry L. Gantt, Class of 1884] charts,” he says, continuing to emphasize the cross-section of knowledge he gained at the Point.

His post-college turn at Sea-Land Service (now Maersk Sea-land since a 1999 acquisition by Maersk Line) was a springboard for things to come.  Darienzo noticed he was a quick learn from the start.  At Sea-Land, LaRosa started out automating shipping points around the globe.  After only three months, Darienzo put him in charge of development for all gate operations.  Then they started kicking around the idea of going off on their own.  It was less than a year later that they co-founded DMD and landed ConEd as an account on the first day that they were officially open for business.

“I had no idea” that DMD would take off the way it did, says LaRosa.  “But I realized when we first went out for venture capital in 1996.  Once we started talking and telling the story, we realized what we had in front of us.”   And apparently, so did everyone else.

“We also started attracting high talent that wanted to come and join our business.”

It’s been seven years since he assumed the position of co-founder and chief technology officer.  Yet although his rapid ascent seems anything but typical, he too seems anything but average.  He is confident and articulate, easy-going yet focused, and if his energetic, buoyant personality seems young, it is a reminder that, in fact, he is.

Now 30, he has started out on other fronts, as well.  When not at work, the East Hanover, NJ resident mostly spends time with his family.  In February 2000, he married Theresa Edone, and the couple welcomed a daughter, Erin Therese, on March 11, 2001.

So what’s next for him?  “I see myself doing more ventures.  At some point DMD will be sold or be self-efficient.  Then I’ll go and attack the next thing.”

No Comments yet, be the first to reply 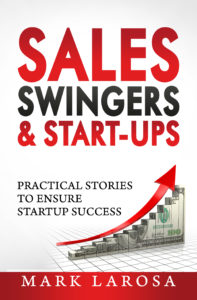 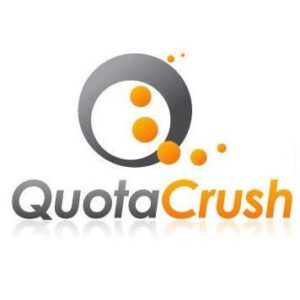